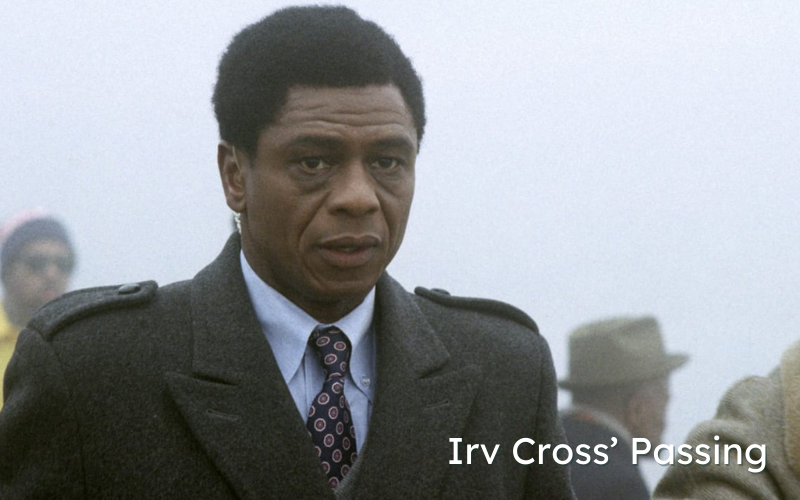 The Concussion Legacy Foundation was profoundly saddened to learn of the loss of former NFL cornerback and broadcasting legend Irv Cross at the age of 81. Our thoughts are with Irv’s wife Liz, his four children, and the entire Cross family.

Cross was a two-time Pro Bowl selection with the Philadelphia Eagles and one of the best defensive backs in the 1960s. After his playing career, he became a broadcasting pioneer as the first Black sportscaster on national television for CBS’ NFL Today and was a staple of NFL broadcasts for 23 seasons. In his 70s, Cross received a diagnosis of mild cognitive dementia. He bravely went public with his diagnosis and symptoms to help others, and he pledged to donate his brain to the VA-BU-CLF Brain Bank to advance research. Irv’s brain has since been donated to the VA-BU-CLF Brain Bank for research on CTE.

Always a trailblazer, Cross advocated for the first ever Pop Warner flag football league when he was chairman of the Pop Warner 50th Anniversary Celebration in 1979. Members of the CLF staff had the unique honor of visiting Cross in late 2018 to interview him on his endorsement of Flag Football Under 14, our campaign to educate parents on the risks of youth tackle football. We were inspired by Irv’s courage to publicly pledge his brain for research and speak out against youth tackle football, all in the name of making the game he loved safer.

In lieu of flowers, the Cross family has asked for donations to be sent to the Concussion Legacy Foundation or to the Alzheimer’s Research and Prevention Foundation. Those interested in donating to CLF in Cross’ memory can do so at give.classy.org/ConcussionFoundation